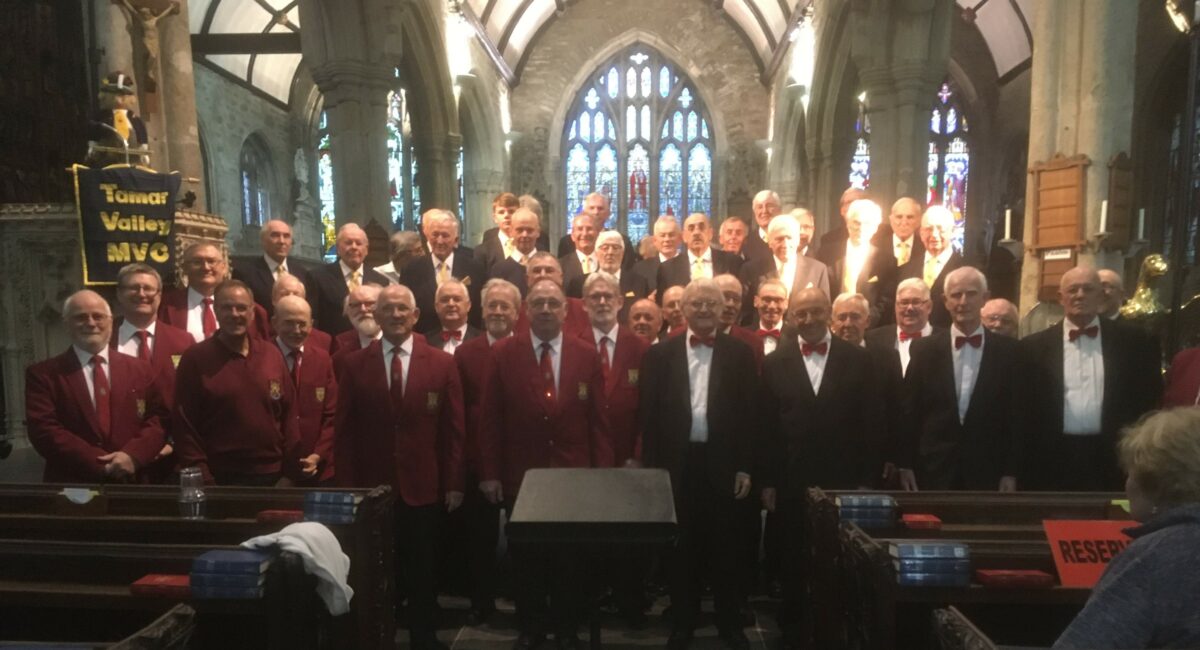 The concert went well with the 200 attendees – the event was hosted by Tamar Valley and proceeds from the concert were in aid of a Devon and Cornwall Children’s Charity.

Tamar Valley MVC were very hospitable hosts. All choirs went to a local social club after the concert where they were treated royally including local Cornish pasties which went down very well indeed.