Since 1944, the choir has provided a major musical contribution to the local community, with public concerts and also presentations in hospitals and residential homes for the elderly. The choir responds to requests for support in concerts, organised by others, for a variety of fund-raising appeals in Rugby and the surrounding villages. Many thousands of pounds have been raised for various charitable appeals.

The choir is a Registered Charity, its Presidency being held by the Mayor of Rugby, and amongst the Vice-Presidents is the Member of Parliament. The choirs long standing contribution to the community has been recognised by permission to incorporate the town coat of arms in blazers and ties.

In 2009 the choir hosted a massed voice choir concert in the Rugby School Temple Speech room, where it was joined by the Coventry, Royal Naval Association and Minehead Male Voice Choirs with the Dunchurch Silver Band. (click here to see a short video)

On the 20th May 1944 a small Home Guard contingent, conducted by Major Chaplain, sang eight items at a concert held in the Co-operative Hall. Following a further recital in St Peters Hall, official approval was obtained for the formation of a Home Guard Choir, on the understanding that membership would not interfere with Home Guard duties. In 1945 membership was increased to 24, to include members of the Civil Defence, and became “The Rugby Home Guard and Civil Defence Choir”.

Since then, the Choir has remarkably had just six further conductors; Bill Spence, Gwen Proudlock (during whose time the choir became the Rugby Male Voice Choir), Robert Green, Kevin Downham, Mike Minton and Christine Welham who took over as musical director of the choir in September 2017.

A previous choir in Rugby with the same name:-
We were very interested to learn, from Elizabeth Pritchard, daughter of Mr George Pritchard that the name Rugby Male Voice Choir was first used in 1930 for a choir that was formed by her father. During the thirties his choir held a number of concerts and entered Music Festivals with great success. It also had the distinction of making the first “wireless” broadcast from Rugby in 1931 when a concert was broadcast from the Co-Operative Hall on the B.B.C. Midland Region. It seems that at the outbreak of war in 1939 this choir went into decline due to men being called for essential duties. 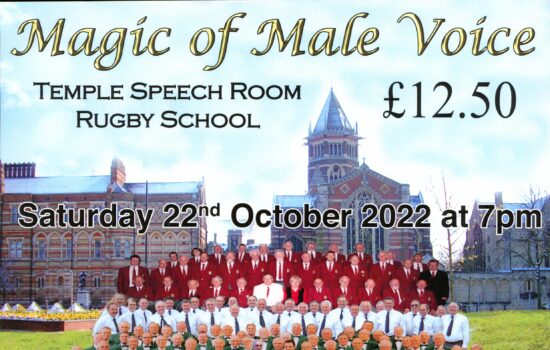 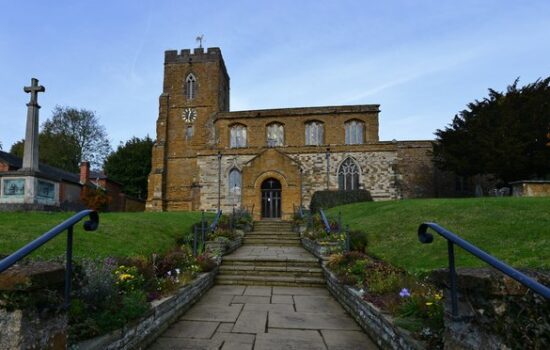 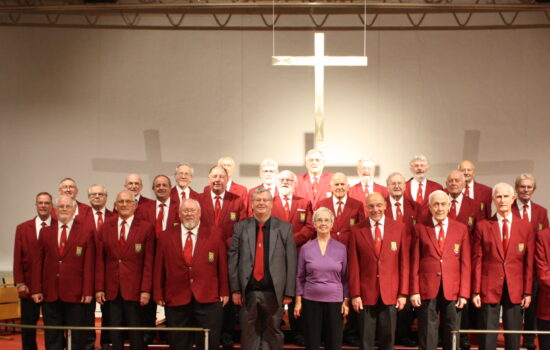 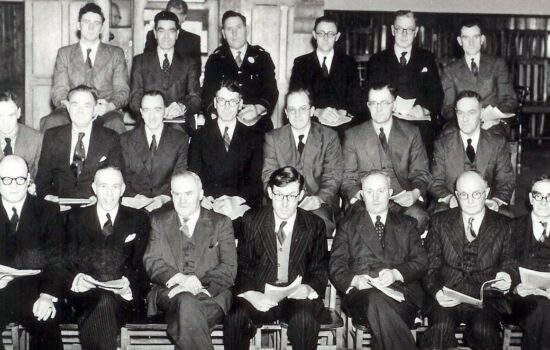 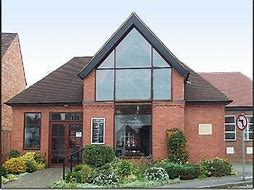